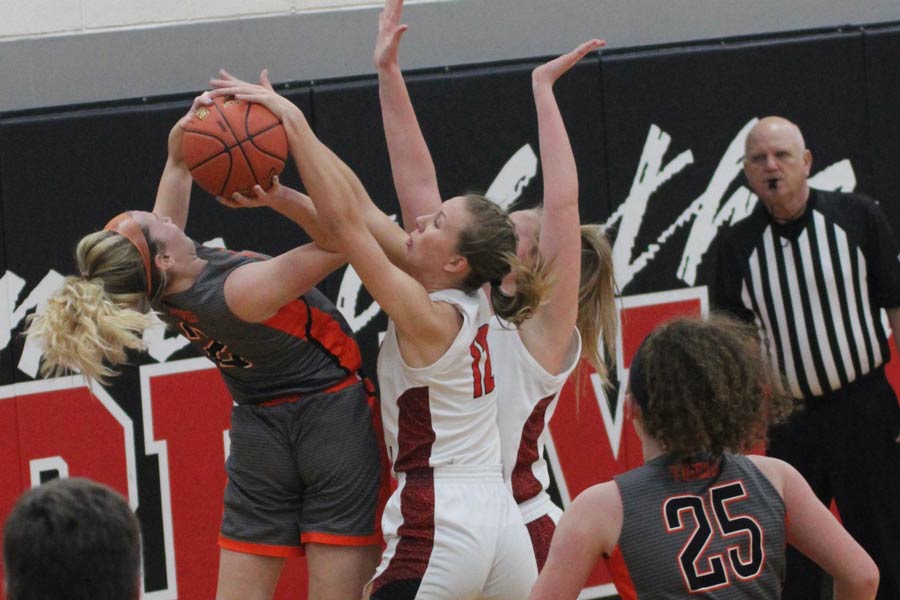 North Mahaska hoped they could limit the scoring of Iowa Valley’s freshman Lydia Kriegel in order to stay perfect in the South Iowa Cedar League. The conference champion Warhawks, who are ranked eighth in Class 1A limited her to four points and forced her into three tie-up turnovers to score a 53-28 victory. The win pushed NM to 20-1 on the season and a perfect conference mark of 17-0.

Iowa Valley held with the Warhawks in the first quarter as NM struggled to get the train going leading 10-9. Grace Gunzenhauser hit a 3-pointer with a second left in the first quarter and a pair of free throws in the first minute of the second to give the Tigers an 11-10 lead. It was their last as NM went on a 14-3 run. Paige Van Berkum’s traditional 3-point play was the only other points in the period. 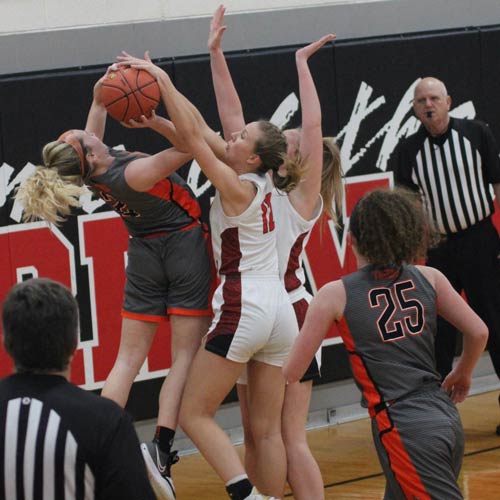 Breckyn Schilling and Layla Hargis put the stops to a drive by Iowa Valley’s Lydia Kriegel.

North Mahaska stayed hot adding an 18-8 run in the third to all but seal the win.