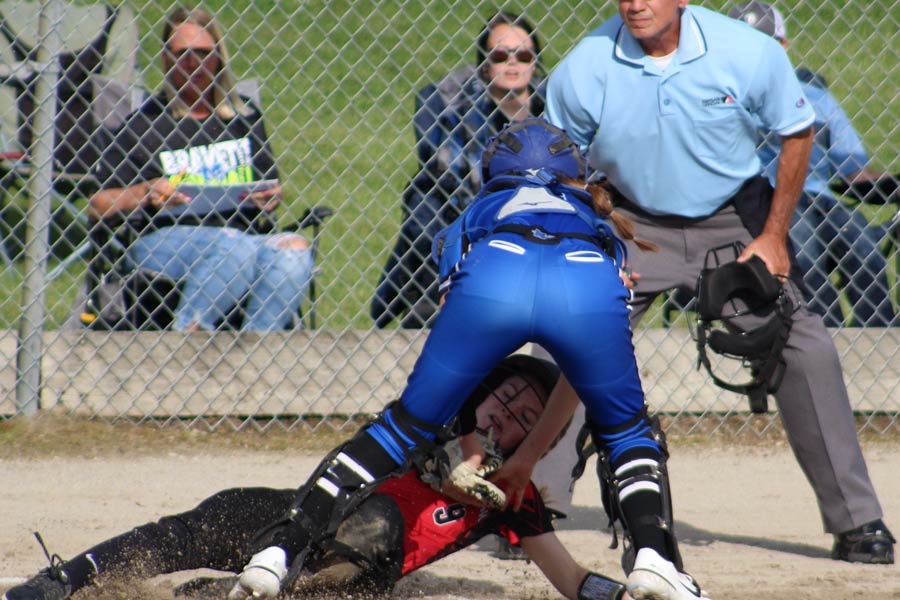 North Mahaska’s Morgan Hudson threw with relaxed ease Tuesday night as she no-hit and shutout Montezuma 1-0 in a South Iowa Cedar league softball contest. The only downside to the North Mahaska performance could be there inability to get runners home. The Warhawks left five runners on base including three stranded at third base.

Jalayna Shipley hit a one-out single in the bottom of the first inning and stole second. She scored on a slide that beat the throw when Regan Grewe singled. NM had five more baserunners but could not score them.

NM Communications Photo. North Mahaska junior Jalayna Shipley slides under the tag of Montezuma’s Ellen Cook for the lone run of the night.

“We have to do better with our bats,” said NM coach Erica Groom.

Grewe led the NM hitting with two singles and an RBI. Colby Sampson and Zoe Deucore added singles for the Warhawks.

Kallie Robinson took the loss for Monte allowing one run on five hits and four strikeouts.