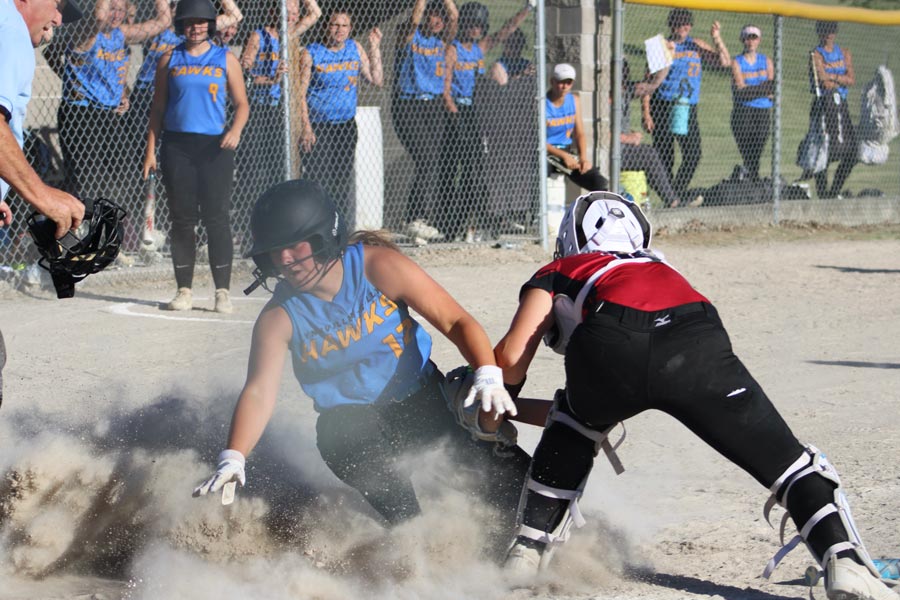 Softballs were flying all over the diamond at North Mahaska Wednesday night as the Warhawks hosted Lynnville-Sully in a South Iowa Cedar League contest. Each team pounded out 14 hits and scored 22 runs before the visiting Hawks defeated NM 12-10.

North Mahaska trimmed the lead in the bottom of the inning with three of their own, two of them on a Zoe Deucore homerun.

L-S put up three more in the fifth and their final in the sixth. With two out in the bottom of the sixth Kayla Readshaw singled for North Mahaska. Caitlyn Sanders reached on an error and Madeline Doonan singled. Before the Hawks recorded the third out North Mahaska had cut the lead to 12-6.

North Mahaska pitcher Morgan Hudson retired the first two Hawks she faced in the top of the seventh. After a double Hudson got a ground ball to first and Readshaw sent the game to the bottom of the seventh. 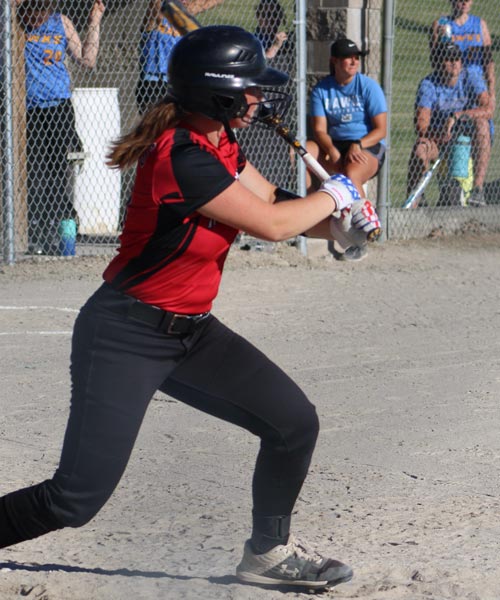 Caitlyn Sanders watches as a ball head over the fence in a 12-10 loss for North Mahaska. Sanders hit a three-run homer in the seventh as a rally fell short. Lynnville-Sully took the win 12-10 Wednesday.

Regan Grewe opened the Warhawk half of the inning with a double. Deucore walked and Hudson clubbed a double to score Grewe. With one out Sanders drove a shot down the leftfield line for a homerun to score three runs. Doonan singled but could not advance.

Hudson took the loss from the circle allowing 12 runs, four earned, on 14 hits and four strikeouts.

Sanders hit two singles and a homerun with four RBIs to lead North Mahaska. Grewe hit two doubles and a single, Hudson hit a single and double and Doonan rapped a pair of singles with an RBI.