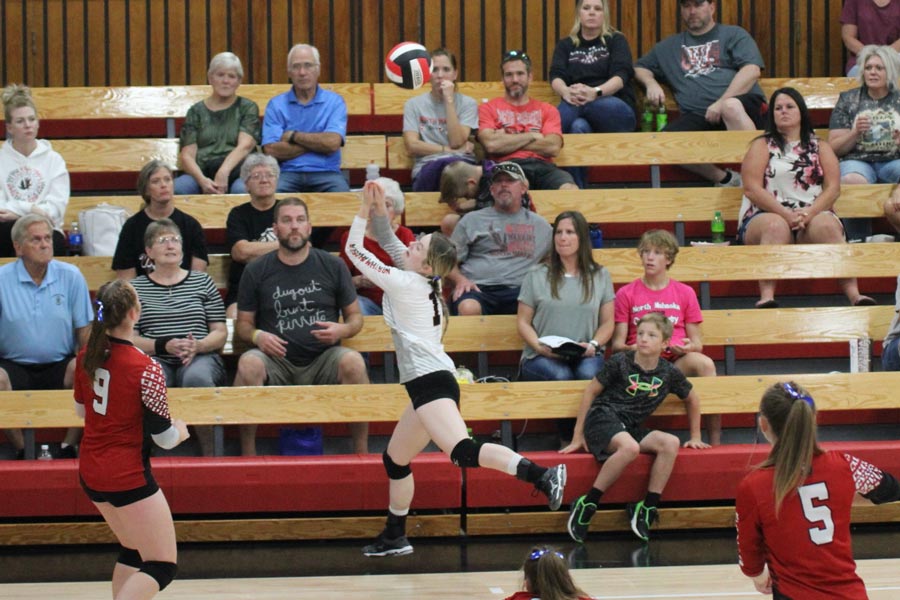 BGM was anything but a pushover for North Mahaska (15-6, 5-0). The Bears would challenge at times but serving errors and North Mahaska’s serving and net play was too much.

BGM trailed by three points in the first set before NM sophomore Sydney Andersen served a string of points with sophomore Breckyn Schilling and Regan Grewe pairing with freshman Abby Van Weelden to take control of the net and lead 13-7. Andersen would serve up the final point to end the first set.

Junior Paula Labad helped BGM to a 6-2 only to see it evaporate as sophomore Libby Hargis served the Warhawks into the lead, which they would not relinquish.

North Mahaska collected 33 kills and 15 aces to account for 48 of the team’s 75 points. Andersen led the charge with 11 kills and two aces. Grewe had eight kills and three aces. Just as potent was the setting of senior Caitlyn Sanders and Hargis who had 12 and 10 assists respectively. Grewe had 15 digs, Andersen had 11 and Hargis had eight.

The Warhawks went 70-for-74 at the service line. Shipley and Hargis added three aces while Groom and Andersen each had two.

North Mahaska will travel to Victor on Thursday to take on HLV, the only SICL team to beat them this season, but that was in a tourney.