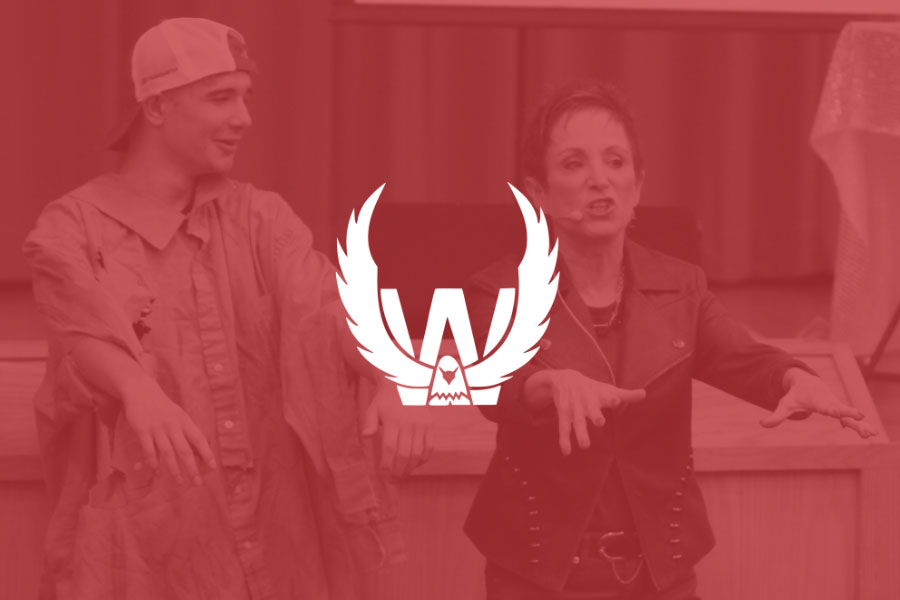 North Mahaska students had a visit first thing Monday morning from Desi Payne and came away with an attitude adjustment. Payne is a member of the John Maxwell Team and made a Youth Max Plus presentation in the auditorium.
Payne opened the day with seventh and eighth graders then visited with high school students later in the morning. The high-energy Payne brought humor, music and life lessons as part of a busy speaking itinerary. Monday’s appearance was made possible by Community 1st Credit Union. Payne resides in Ottumwa.

Payne, according to her website, describes herself as “The Attitude Adjuster.” Her message to the students at North Mahaska is that they are valuable, and their lives are valuable. She told them that many times their lives are driven by illusions. The illusion occurs when they compare themselves to others.

“You think others are better because they have different clothes than you, live in a better house, drive a better car,” said Payne. “All of these are just illusions.”

She opened the presentation with student Aydan Groom selecting four paper bags, one of them containing teacher Bonnie Dawley’s cell phone. One of them was thrown across the stage, another dropped in a pitcher of water, one set aside and Payne told Groom that magically he was holding the bag with the phone. However, when he opened it there was a block of wood.

Payne had actually placed the phone in an eraser. 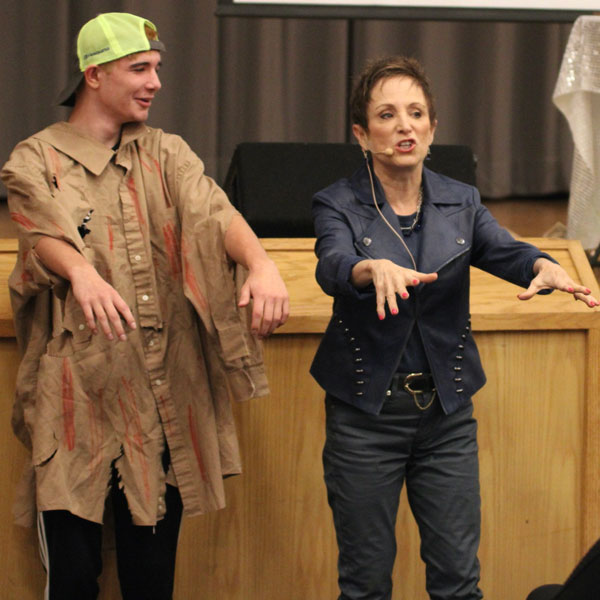 She explained that it is the illusions of life that can change a person’s attitude. She said a number of ways that students’ attitudes are affected by other influences.

“What you think of yourself, changes you,” said Payne. “How I see me is how others see me. The way you see yourself will determine who you are.”

Payne asked the students if they knew what their talents and passions are. She explained that they needed to take control of those things that control them.

As Payne introduced a video of Nick Vujicic, a man who was born with no arms and no legs. She talked about CPR for your attitude. Another student came to the stage to select a box. Choices were red, blue and yellow. Students in the crowd yelled for the student to pick red or blue, but she chose yellow. The choice earned her a $10 bill. Payne went on to explain the dangers of allowing others to make your choice.

CPR in this lesson was Choice, Perspective and Respect. Vujicic told students via video that every person makes choices in how to handle situations. He said 4,300 students a year commit suicide. About 1,400 because of abusive homelife or bullying at school.

Both Payne and Vujicic talked about respect for oneself and others. Payne said for students to consider when they post a message on social media or write a note to someone, “Would I want that message sent to me?”
Junior-senior high principal Amber Goemaat introduced Payne and was pleased with how she met the students where they are in life.

“We appreciate Desi’s willingness to bring her talents and experiences to NM. She was able to connect with our students in a way that provided authentic reflections on life’s struggles as well as how our attitudes have such an impact on our day.”
Before wrapping up the presentation Payne asked students to write on a card the answers to three questions:

Payne closed with telling the students that their altitude in life will be governed by their attitude. She then chose five students to come up and the entire student body performed “YMCA.” Leaving the presentation, Payne said she hoped their attitudes would be changed. Judging by the smiles and laughter as the students left the event, mission accomplished.