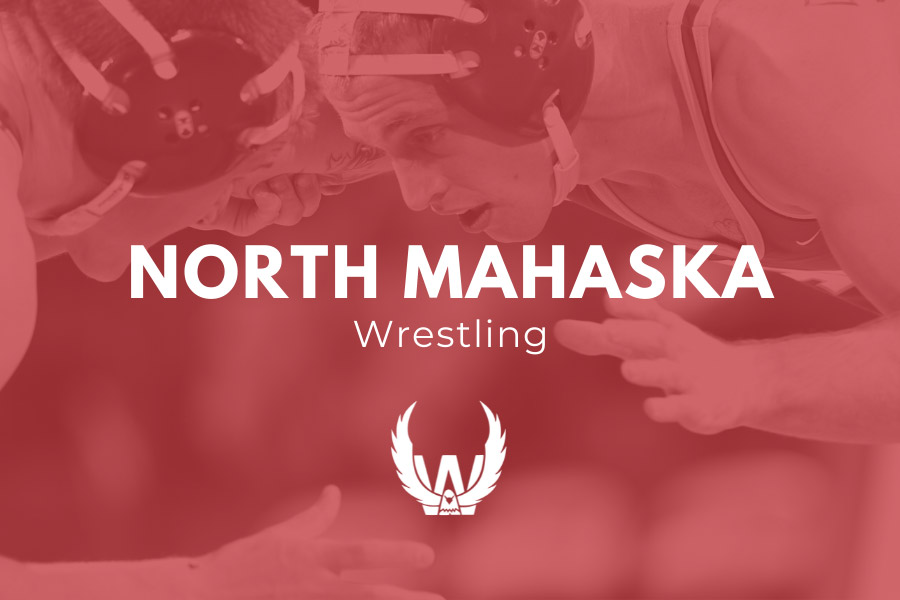 North Mahaska competed at the Tri-County/English Valleys wrestling tournament on Saturday bringing home fifth out of 11 schools. North Mahaska scored a win by Wyatt Van Weelden for the only first place finish. The Warhawks added 12 placings including two seconds and two thirds.

Van Weelden received a bye to open the day then decisioned Jaxson Kaalberg of West Branch 7-6 to reach the finals. He pinned Cayne Hall of Eddyville-Blakesburg-Fremont in 3 minutes 19 seconds to earn the crown.

Ryan Groom at 113 had only one other wrestler in his weight class, Lincoln Edwards of West Branch. The duo wrestled a 2-of-3 set with Edwards winning twice. He scored a fall in 2:29 and a 5-3 decision as Groom took second.

Charlie Goemaat earned a second at 126. He pinned Carter Lake of Cardinal in 1:27; scored a major decision over Timmy Hosier of West Branch in the semifinal and lost to Van Buren’s T.J. Jirak in 3:44.

Also at 120, Joel DeJong earned third. He pinned Charlie Hare of Pleasantville in 43 seconds then lost a 7-2 decision to Maddox Ruston of West Branch. In the third place match he pinned Hunter Offerman of English Valleys/Tri-County in 1:08.

Hunter Wernli worked his way to a third place finish starting with a pin of Deshon Anderson of Eddyville-Blakesburg-Fremont in 1:58. He lost his semifinal match against Pleasantville’s Caleb Cook by fall in 3:59 then pinned West Branch’s Xavyer Boone in 1:10.