North Mahaska kept themselves in the hunt for the South Iowa Cedar League boys’ basketball crown Friday with a 77-29 victory over Belle Plaine. Belle Plaine’s Sam DeMeulenaere hit a pair of free throws to open the game and teammate Keaton Parrott added another as the visitors held a lead of 4-2 in the first minute of the game. It would be the last time the Plainsmen were even close. 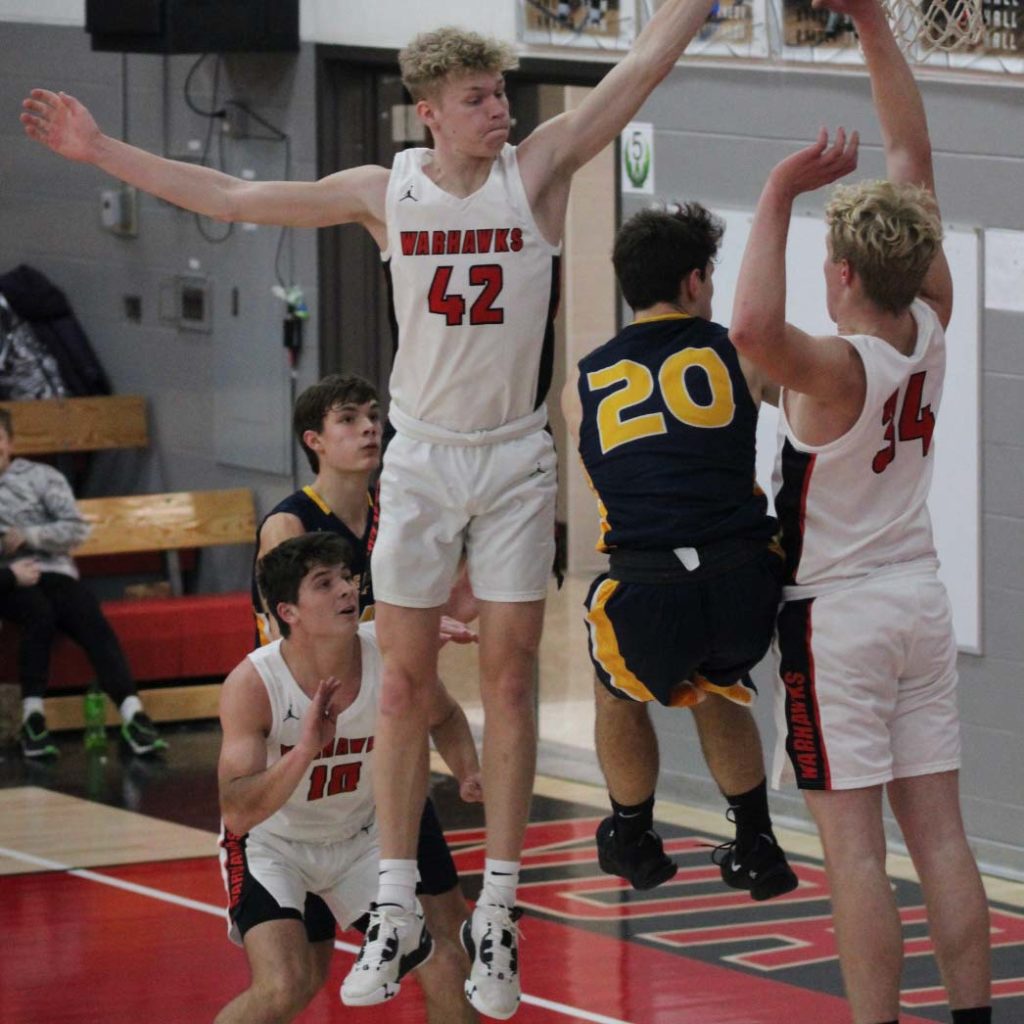 Belle Plaine’s Ty Alcott went to the air but has nowhere to go as Nash Smith (42) and Braden Steel (34) block his way. North Mahaska’s Nate Sampson is ready to defend when Alcott lands. North Mahaska rolled to a 77-29 win Friday.

Neither team shot well from the charity stripe. Belle Plaine went 3-for-8 while NM was 5-of 15.

“We keep working on free throws, but we seem to be getting worse,” joked NM coach Seth Streebin. “It was good to see Nash shooting tonight. He has been in a bit of a shooting funk, but we keep telling him to shoot.”

North Mahaska can take sole possession of second place Tuesday with a win at Keota Tuesday. Lynnville-Sully is 9-0 while Keota and NM are both 8-1. NM will return home Friday to host Sigourney.